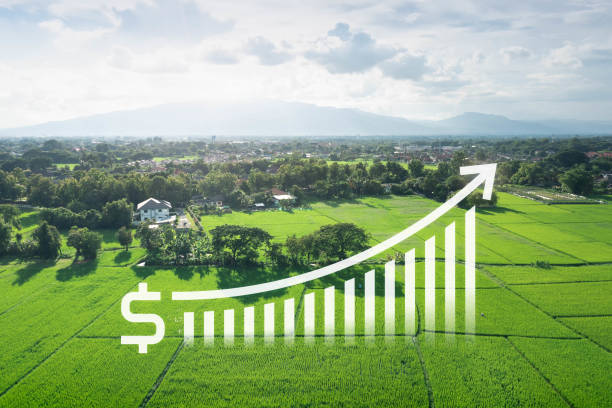 Landed property appreciation is a product of various factors and definitely not an overnight miracle.

It’s a long-term process that requires time to unfold, but there are some key factors that make it happen.

In this article, we’ll look at some of these factors to understand why landed property appreciates fast.

In the past, there was a shortage of land in urban areas.

This led to increased prices and landed property has become a safe investment because of its scarcity.

Location is one of the most important factors in determining a property’s value.

In fact, location determines demand and desirability, which in turn determines your rental rate.

It’s also important to note that if you live near a popular tourist destination or major roadways—such as highways or train tracks—your home will be more likely to be worth more than if you were located elsewhere.

Infrastructure is another reason why land can appreciate fast.

Infrastructure development projects are long-term investments, and they have a huge impact on the economy of a country.

In Ibeju-Lekki alone, we are going to see how infrastructure development will increase employment opportunities in rural areas by providing employment to thousands of people who otherwise would not have had any source of income.

This means that it will help your properties grow in value with time.

Improvement in the economy

Another reason why property prices increase is because of an improvement in the economy.

When people are better off, they spend more money on things such as houses and cars.

They also tend to save more, which means that they have more money available to invest in properties or other investments like shares or bonds.

Improvement in the economy increases demand for property, which means that if you’re looking for a house with good potential for appreciation then there may be plenty available at different price points that we can help you with.

You may have heard that the community around you is a good place to live and work.

A good community means there are better relationships between the people who live in the area, as well as between residents and businesses.

A strong economic base is another important aspect of a thriving community: if your area has an excellent economy with lots of opportunities for employment, then newcomers will be attracted to move there because they know they can make money too.

In addition to these factors contributing toward appreciating property prices—which we’ve already discussed—there are others worth considering when looking at how land value varies over time:

An increase in population is also a determinant factors in landed property appreciation.

With the infrastructure going on in that axis, Dangote refinery, Lekki sea-port, Lekki international airport, and more.

It’s no exaggeration that the Ibeju-Lekki axis will attract millions of people both locals and foreigners.

And this alone will make businesses and residential investors strive due to the population this axis will draw.

Another factor that can affect the value of land is changes in economic development policy.

The government may create policies to improve the economy, which could result in higher demand for housing.

For example, if there are more jobs available and people want to live near them, they will expect better schools and parks when they buy a home.

Higher wages might also mean that families have more money left over after paying their mortgage each month—which could lead them to upgrade their homes with newer appliances or furniture instead of buying new ones altogether(a process called “upgrading”).

The government has many ways it can make changes like these; it’s up to you as an owner or tenant who lives on this property what kind of impact these changes have on your life.

Landed property appreciation is not a miracle, but it’s an important factor that can contribute to your financial well-being.

A rising market is more than just an increase in demand.

It’s also a product of various factors such as the growth in population, changes in government policies, and other local factors.

The most important thing about a rising market is that it doesn’t happen overnight.

If so, if you are thinking of buying properties(landed property) where you can see appreciation in value.