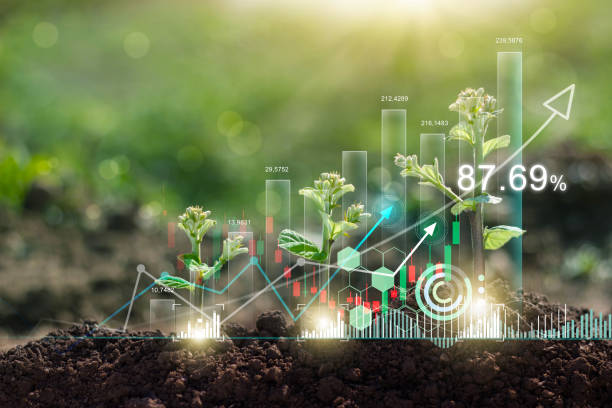 You heard about land banking, but have you ever invested in it?

Just think of it this way, what if you can use land banking to create wealth for you so you wouldn’t have to bother about passive income anymore?

Well, believe it or not, you can become extremely wealthy by doing one simple thing – land banking

To be fair no investment guarantees you these returns.

And to give you perspective land banking indeed has raised over 15% of people from poverty.

According to the eystone team, they stated that there’s going to be a shift because consumers are headed to where true reality is.

That’s not too bad. Sure, the idea is how you can start generating consistent passive income over time.

So today I am going to show you how land banking works and how you can earn profit from it.

But first, something you should know.

Don’t worry about the risk

I bet you that investing in land banking is risk-free.

This way, you have nothing to bother about even when you are to invest.

If you just want to invest in this property portfolio.

And you are trying to grow your wealth portfolio, with consistent passive returns over time.

Luckily, you quickly realize that you have no idea how to turn land banking into a revenue machine.

No clue if you are going to use this investment into seeing great returns.

Eystone team did a fantastic job stating that,

Even worse is when investors think they’re tracking the future returns of their investment. But they’re doing it in the wrong way.

So it looks and seems like they’re seeing returns, believing they are on the right track. But the results continue to lag.

To better the results, here’s how to get started.

So, why land banking?

Well, Land banking is one of the most controversial forms of real estate investment.

Critics argue that it exacerbates the housing shortage and drives up rents.

But the impact of land banking on the housing market has been profound.

It has provided a vital source of capital for developers, and allowed troubled real estate companies to stay in business long enough to repay their debts.

And even helped entire communities regain their footing after the housing market crashed.

Impressive as land banking has been, however, it has also raised questions about its ability to continue growing at such a rapid pace.

What exactly is land banking?

Land banking refers to the practice of buying and holding property in an area or specific location for the purpose of turning a profit when the real estate market turns around.

The practice has been controversial in some quarters, with critics arguing that it exacerbates the housing shortage and fuels gentrification.

But proponents say that land banking can provide a useful source of capital when other sources are not available.

And that it can benefit communities by providing much-needed funding for local projects.

Land banking is the practice of buying up large amounts of vacant land in a region and using it to earn a profit without developing it.

The name comes from the banking industry, where banks make loans to landowners who want to develop their land so they can pay back their loans over time.

Instead, land banking firms buy up large amounts of vacant land and hold on to it, earning a profit without investing in it.

Even this has caused a shortage of available land in many cities, increasing the cost of housing and driving up rents.

But land banking has only become more popular in recent years.

Thanks to a variety of government-sponsored programs that have made it easier for investors to buy up distressed properties.

A land bank is a practice of purchasing and holding land as an investment.

The most common use of land banking is to buy up properties in areas that will experience rapid population growth in the future.

Such as urban areas near major transportation hubs and in the suburbs of cities.

Once the area is developed, the land bank can often sell the property for a large profit.

On the other hand.

The primary benefit of land banking is the ability to generate large amounts of cash very quickly.

This makes it a popular choice for investors who need capital but don’t want to put in the time and effort required to develop a property on their own.

However, the impact of land banking on a region’s housing supply and affordability has been widely debated.

Many critics of the practice argue that it contributes to the affordability crisis by making it harder for new homeowners to enter the market.

The power of land banking is evident when it comes to the housing market.

In many cities, the availability of undeveloped land has become a scarce resource.

Driving up the price of land and housing and making it difficult for new homeowners to get into the market.

When a land bank purchases vacant land in an area that is about to experience rapid population growth.

They are able to profit from this shortage.

Instead of developing the land, the land bank seeks to maximize its value.

By cleaning up any environmental contamination, and repairing any damage done to the land by previous owners.

And even building small buildings on it if the land is big enough.

You can decide to make improvements to the land which will make it more valuable.

Value addition makes the land more attractive for developers, who may be willing to pay a premium for it.

Alternatively, the land banker may opt for financing and continue with property development.

In fact, another thing is that:

One of the biggest concerns about land banking is its potential to increase housing prices.

When investors buy up large amounts of land in an area, it reduces the supply and increases the demand.

This forces housing prices higher and can make it harder for other people who want to live in the area but can’t afford the increased prices.

It also makes it easier for developers to push out existing residents without much resistance, perpetuating the cycle of gentrification.

One of the biggest uses of land banking is that it has played a major role in the country’s economic development.

In Nigeria, land banking has played a major role in the country’s economic development.

Over the last few decades, land banking has played a key role in the country’s growth as a center for finance and commerce.

Many of the country’s largest companies and banks are being founded on the back of land banking.

Today, land banking is one of the country’s largest industries, with companies like the Federal Land Bank of Nigeria being major players in the market.

Land banking is the practice of purchasing land on the cheap in a distressed market, waiting for prices to rise, and then selling the property at a profit.

It is a controversial practice that is often used by investors to make a quick buck.

And many others have raised concerns about its potential to destabilize the housing market and harm homeowners.

But land banking has only become more popular in recent years, thanks to a variety of government-sponsored programs that have made it easier for investors to buy up distressed properties.

One of the most significant uses of land banking has been in Nigeria, where the practice has helped to alleviate the country’s affordable housing shortage.

Since the practice first emerged in the country in the early 2000s.

It has grown to become one of the primary ways that investors profit from Nigeria’s affordable housing shortage.

In particular, land banking has helped to alleviate the city of Lagos’s affordable housing shortage.

Which has been called one of the biggest barriers to urbanization in Africa.

In the first half of 2019, real estate companies in Nigeria purchased over 14,000 homes in the country.

An increase of about 50% from the same period.

On the other hand, in Nigeria, one of the largest markets for land banking in sub-Saharan Africa, the practice has been particularly consequential.

Over the past decade, land banking has played a major role in the gentrification of the Nigerian capital.

However, bringing in international investors and driving up the price of existing residential areas.

Today, the majority of the high-quality housing in the area is owned by investors rather than residents.

And the area is a hotspot for the overheated real estate industry known as “scruffy apartments,”.

Whose name derives from the worn-out buildings that characterize the area.

But although the impact of the land bank in Nigeria has been profound, it has also raised questions about its ability to continue growing at such a rapid pace.

Now that you know what land banking really is.

And how to maximize profit from it.

In case, you are wondering what steps to take.

Luckily, it’s what we are good at and we’ll help you make the best deal.

To get started, simply subscribe to our newsletter, or click on this link today – I want to invest